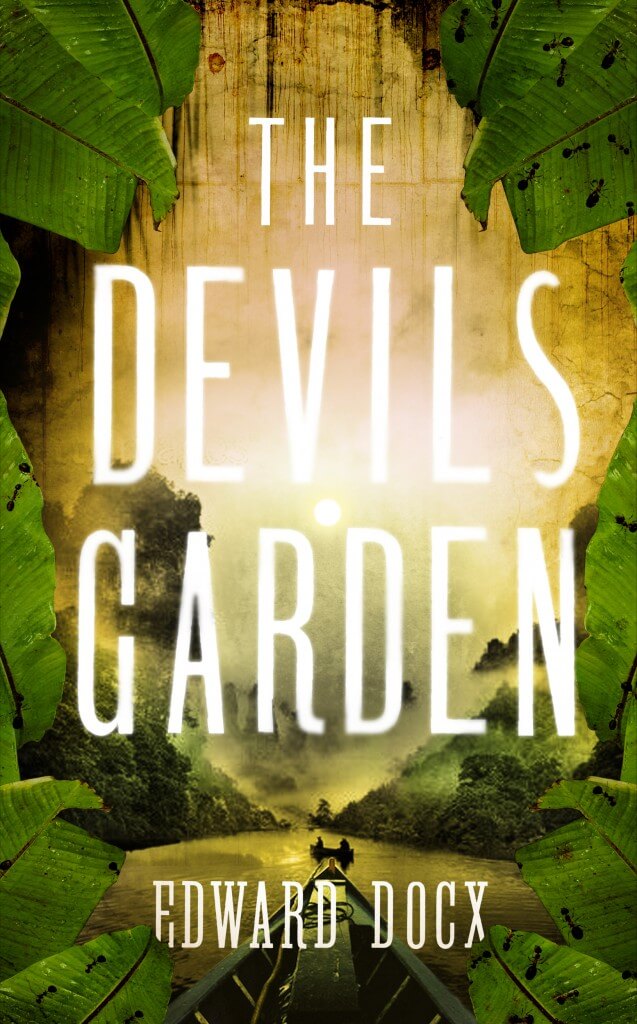 In Conversation with Picador:

1. Can you summarise The Devil’s Garden in fifty words?

It is about love and corruption and ancient tribes and violence and grief and sex and science and religion and ants and anthropology and the clash between the individual and the big opposing forces of the twenty-first century. Most of all it’s about what lies hidden in the human heart.

2. What inspired you to write a novel set in the jungle?

In a place called Puerto Maldonado in Peru, a woman told me a story about a scientist who disappeared in terrifying circumstances and that got me thinking…

3. How did you research this novel?

I went to the Amazon a couple of times. The first trip was with a friend and fellow writer. We met up in Lima and – after variously ill-advised diversions – we put ourselves in a small boat heading upriver. I remember I was suffering from a combination of sunstroke, dodgy malaria tablets and altitude sickness. Plus, I had been out until six in the morning. So I just lay in the bottom of the boat with my skin covered in this death-white sun block and a cheap leather hat over my face. When we got to the river station, there were these two German postgraduate students busy doing ant research right in the middle of all the bad stuff that was going on with the drugs and the logging and the tribes.

For the first day, I didn’t really see the jungle so much as hear it since I was lying in the dark. But even later, when I was able to explore with our guide, I had no idea that some kind of novel was forming in my subconscious. So, four years after that, when I began to write what became The Devil’s Garden, I knew I would have to go back and make some proper notes. The book eventually became a combination of the mildly hallucinogenic memories I had from the first trip and the detailed observations I took on the second – that time in Brazil.

As for the science, I began by reading the journals and various papers. Then I got in contact with the myrmecologists (ant-studying scientists) who are actually doing the work I describe in the book. I interviewed them and then stayed in touch so that we could speak or email as the writing progressed. A friend from Cambridge – also a myrmecologist – helped whenever I got stuck on things like reproduction.

4. Were there any stand-out moments?

Sleeping in the jungle in a hammock and watching the darkness turn slowly to the bluish-grey light of dawn in the canopy above me. Being left alone in the forest and trying unsuccessfully not to be afraid.

5. What was the hardest thing to write in The Devil’s Garden?

Love because, in this case, it was so intimate and so unspoken and beneath the surface and yet the subject is the most generally written about in all of history.

6. Would you call Forle [the main character in The Devil’s Garden] a hero?

I don’t know. That term is pretty hard to pin down these days. (I blame the literary theorists…) I suppose I wanted to mine that British tradition where the main guy has got it all going on unspoken beneath the surface. I wanted to get away – for a while at least – from the American vogue for forensic explanation and (what I think of as) photographic fiction. In different moods, I love and admire that stuff – and Self Help was emotionally exact and overt in that way. But its not the only thing that a novel can do – indeed, it may not even be what the novel is best at. I’m not sure. It’s important to think about these big questions some times. But it’s also important not to…

7. Like Sole, there are a lot of strong women in your books – where do they come from?

My mother is a strong woman. She had seven children and runs her own small classical music business. I have three sisters and we’re close. And then there are the few women whom I have loved in the past and the one I love most of all and with whom I share my life. None of them take any shit. I sometimes wish they did.

I read anything and everything – although I try to champion good writing as much as possible since the schlock already gets plenty of notice and there’s nothing wrong with sticking up the stuff that is well written.

I love a good memoir like Alexandra Fuller or Daniel Mendelsohn, or good genre like Stephen King or Martin Cruz Smith. Randomly, I listen to C J Sansom in the car because I like Anton Lesser’s reading voice. I just finished Even The Dogs by Jon Macgregor which someone sent me and which I admired greatly. And – actually – I’m interested in the blockbusters too – though mainly if I’m honest because I want to know what it is about those books that works so well in order that I can learn from it and get better myself.

I see myself as a student who is lucky enough to have a thousand of teachers instantly available on my shelf. And so it’s important to read the Browns and the Larssons and try to understand them. Indeed, I think the importance of reading can’t be overstated – any sort of reading. I think they should hand out novels for free at train stations since reading is surely the mark of a civilized mind and a civilized society – particularly the novel. The novel doesn’t rant at you or hector you or bother you or make you feel you should be like this, or like that, or go there, or come back, or act now, or stop acting now, or get this, or lose that, or be quicker or slimmer or happier or better or more connected, it doesn’t shout or scream or flash like a magazine or an app or an ad or so much that’s on the Internet, rather the novel offers you a conversation – a conversation with other generations, other places, other peoples and a conversation that respects your intelligence and admits of the most interesting and central subjects of existence: human psychology, human sensibility, human morality, human relationships, human truth. Nothing replaces that. And no other art form does it better.

Now we’re getting down to it. OK, so, it changes all the time, of course. But as of today and in no particular order I would say: Hilary Mantel’s Wolf Hall, which is a breathtaking technical masterpiece as well as being a triumph of the imagination in all the ways so justly celebrated. Alan Holinghurt’s Line of Beauty – for me he is the most elegant and all-round accomplished novelist in the UK and his last book had not a single slip of style or substance. Philip Roth’s Sabbath’s Theatre, which is truly staggering in terms of the sheer visceral energy and power of the writing and its great giddying Shakespearean reach; JM Coetzee’s Disgrace, which is, similarly, a novel of extraordinary force and resonance although achieved with a plain-song style so completely opposite to Roth that together they seem to me to represent the twin poles of what’s possible. Then I’d have to say Martin Amis’s London Fields because whether or not you like his novels, there is nobody writing in the English language who can turn a better sentence. Actually, I would have to include The Corrections, too, and The Shipping News. How many is that?

10.  The staff at the Amazon website in the US listed Self Help as one of their top books of the year and said that it was ‘the equal of better-known peers like Zadie Smith and Jonathan Franzen?’ Do you think that being well known is a major factor in success these days? How will you measure success with regard to The Devil’s Garden?

That’s a very complex question. But again the short answer is that a novel can be successful artistically (in that it’s well written and coheres) and/or it can be successful commercially (in that it is popular and sells). I always aim for the first, which I can control, and I hope for the second, which I can’t. As to the comparisons, I have never read any of Zadie Smith’s novels so I can’t really say about that – though I like the spirit in her essays whenever I come across them. And in my view, The Corrections was more or less a masterpiece, so I’m very happy and honoured and delighted by such things – though I’m not at all sure that they are justified. In any case, I hear Jamie Oliver is the biggest selling author in the UK. I met him once and we went to McDonalds together. Thirty minute meals – now that’s successful fiction.