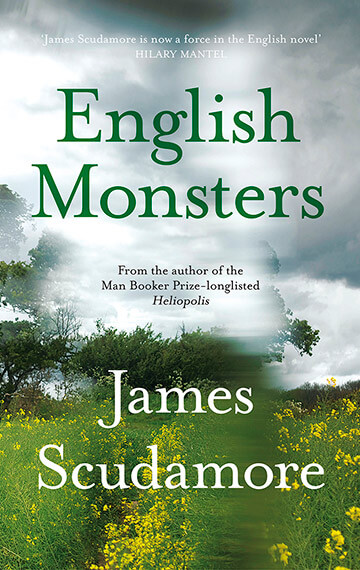 Written for the Guardian

English Monsters is exactly the right title for this dark, tender, troubling novel. The phrase comes from Shakespeare – “See you, my princes and my noble peers / These English monsters.” And it is spoken in the book by Mr Crighton, a teacher known as “Crimble”, halfway through the section entitled “Mayday”, which opens with the Labour victory following the election on 1 May 1997 but also sounds the international distress call. “The Agincourt stuff is very stirring, of course,” says Crimble. “But my favourite scene in Henry V is the one before the battle, when he punishes the traitors in his midst.”

This is James Scudamore’s fourth novel and follows the critical success of his other work, which has won the Somerset Maugham award and been nominated for the Booker. We begin in a 1980s prep boarding school, where young boys are abandoned to the sadomasochistic whims of the masters, who terrify them with violence, corporal punishment and the lifelong annihilations of sexual abuse. Scudamore has recently written a nonfiction essay about his own experiences at a prep boarding school – many of which, such as being sent out into the snow to defecate on his first day, are closely reproduced in the novel.

Max Denyer is the first-person protagonist. His father and mother live abroad. He must part from his beloved grandfather and go to the school “on the hill”, where he is soon subject to a beating from the headmaster with a “gnarling, wizarding cudgel”. At first Max cries constantly, but is ignored. He makes three main friends – Simon, Luke and Ish. The teachers include Wagstaff (“apoplectic”) and Spinks (“whacking boys round the head with his metre rules”), but the narrative focuses on “Weapons” Davis and most of all on Crimble, who is the novel’s most unnerving and macabre creation. We return to Max, his friends, their families and Crimble in the decades after they leave the school.

Advertisement
As one of Scudamore’s epigrams has it: “Energy cannot be created or destroyed; it can only be changed from one form to another.” And the novel is indeed a raw study in effects, after-effects and forever-effects. Max himself is not sexually abused, but many of those around him are. Thus the book comes to be about love and tragedy, about male bonds and gay friendship, as much as it is about cruelty and rage and the stark unavailability of parents to their children.

English Monsters is also concerned with puncturing what Scudamore refers to in his essay as the “entitlement illusion” – the feeling of superiority that “acts as compensation for the loss of childhood and the inability to empathise”. And it is in this sense that the book generates its wider resonances: because, of course, it is impossible to read these pages and not to think of the present blight of emotionally cauterised boarding-school politicians whose various pathologies, fantasies and defence mechanisms Britain must continue to endure.

I have always disliked the phrase “kill your darlings” because it reads to me as a clumsy attack on the poetic spirit, and I am a fan of the kind of ambitious fiction where words are weighed and piloted with precision. Just before Max falls in a frozen pond, for example, Scudamore writes: “The shimmer you hear in railway lines when a train is coming. That high tremble. Cracking ice has its tone.” Or of the headmaster’s wife: “She was one of those Englishwomen whose pride is indexed to their acidity.”

But, all the same, Scudamore is a victim of his own observational acuity and his darlings are a shade too copious: I would feel myself being asked to concentrate on some nuance of extraneous description when all around me raged the iniquities of the subject matter. I preferred the kinesis of his electric scene-writing – the adult encounter in a west London flat between Max and Simon; adult Max’s near-unbearable meeting with Crimble at his cottage. Most skilful of all was the dark, artistic achievement of Crimble’s letters to Simon, which reached right into the heart-mind sickness of the monster himself.

These are matters of contention and taste, though. The main endeavour of such fiction is to invoke our horror and our understanding; to render the dense and knotted contours of pain and shame and guilt in the hearts of the victims; to summon up the monsters – and Scudamore manages these tasks with commendable imaginative skill and honesty.

PrevPreviousIs it Rolling Bob? Podcast
NextObituary: Philip Roth was one of America’s greatest novelists – his real subject was not Jewishness, or New Jersey, but the human conditionNext
Go to Top