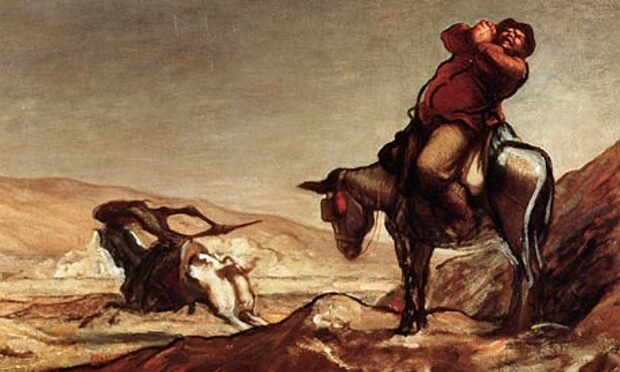 This first appeared in The Guardian:

Edward Docx’s first novel, The Calligrapher, was published to widespread acclaim in 2003 and has now been translated into eight languages. His second novel, Self Help, published in 2007, was longlisted for the Man Booker prize and went on to win The Geoffrey Faber prize. In 2003 and then again in 2007, Docx travelled in South America as part of the research for his third novel, The Devil’s Garden, which is published this week.

“I have always preferred reading in the insightful company of lunatics. Sometimes, it’s a gradual Nabokovian thing – the unassuming reader and the engaging protagonist set off together and only gradually does the former begin to realise that the latter is a madman. And sometimes, as with Burgess, it’s all abundantly clear from the off.

Either way, the reason that there is such a great tradition of madness in literature is that it provides the author with a way to tell the terrible truth about the world while opening up a gap between what is superficially being narrated and what is really going on – adding depth, in other words. Of course, these characters encompass the same spectrum – from benign to dangerous – as the rest of humanity. But I love to read those apparently blank-faced and emotionally-cauterised protagonists – Camus, Greene – who seem to have to stand extra still in the narrative in case they accidentally detonate the fearsome rage of their true feelings. And fairly early on in the writing of The Devil’s Garden, I knew that my own protagonist wouldn’t make it to the end without ripping up the false floors that I had built to fireproof him from what burned below …”

1. Don Quixote by Miguel de Cervantes
All the greatest mad protagonists in modern western literature are descended either from Quixote or Hamlet. Undaunted by reality, Quixote is determined to believe the world is exactly as he declares it to be. He is not a delusional codger but a young chivalric knight, his lady is not the unwitting farm girl but the beautiful Dulcinea del Toboso and all those windmills are giants.

2. Sabbath’s Theater by Philip Roth
“Stop it! Stop it, please, being a maniac!” So begs the lover of our hero, Mickey Sabbath, on page 21. Epic, vital, savage, relentless, insane, existentially incandescent, horrifying, excruciating, not funny, very funny, this is the great tragicomic howl of a madman at full Shakespearean tilt. One of the greatest novels written in my lifetime.

3. L’Etranger by Albert Camus
If sentiment and schmaltz were truly the twin tyrants of our age, then this book would no longer sell. A cold, emotionless man remains throughout utterly uninterested in his own life story – his mother’s death, his neighbour’s violent misogyny, his girlfriend, the murder he commits, his trial for that murder, the possibility of redemption or even his own humanity. And yet, from JM Coetzee to Brett Easton Ellis, Camus’s hero has become the modern archetype for the ostensibly distant protagonist who has it all going on beneath the surface.

4. Diary of a Madman by Nikolai Gogol
A masterclass in the authorial management of derangement. Having locked himself in the padded cell of the first-person diary form (as written by a lowly clerk) Gogol simultaneously manages to allow the reader to peer through the jailer’s hatch and observe why his protagonist is mad and how the madness is worsening.

5. Time’s Arrow by Martin Amis
People hate this book. But, from the point of view of insane protagonists and formal invention, it is endlessly fascinating. It tells the story – backwards – of Odilo Unverdorben, a doctor whom we meet at the end of his life in America but who once worked in the concentration camps in Germany. Everything is in reverse: people become younger and smaller until they eventually squeeze back their mothers’ wombs where they finally cease to exist. Doctors cause injuries and blows heal. Pimps give money to hookers and lead them out of prostitution. A totally crazy book in every dimension.

6. Metamorphosis by Franz Kafka
All that is necessary here is to remind ourselves of the opening line: “When Gregor Samsa awoke one morning from uneasy dreams he found himself transformed in his bed into a gigantic insect.” I can’t read the original German – “unruhigen” – but I love the translation into that word “uneasy”.

7. Fear and Loathing in Las Vegas by Hunter S Thompson
I know, I know: it’s the drugs. But you’d have to be mad to take that many at once and, anyway, the writing is irresistible: “I remember saying something like ‘I feel a bit lightheaded; maybe you should drive . . .’ And suddenly there was a terrible roar all around us and the sky was full of what looked like huge bats, all swooping and screeching and diving around the car, which was going about a hundred miles an hour with the top down to Las Vegas. And a voice was screaming: ‘Holy Jesus! What are these goddamn animals?'”

8. Pale Fire by Vladimir Nabokov
Nabokov is the undisputed king of the charming, demented narrator. In Pale Fire, Charles Kinbote is ostensibly an academic ostensibly commentating on what is ostensibly his best friend’s poem. But it becomes slowly apparent that Kinbote actually believes himself to be Charles the Beloved, the exiled king of Zembla, a fairytale kingdom. And yet, Kinbote may not be Kinbote at all but an alter-ego of the insane Professor V Botkin, to whose delusions the ostensible poet, Shade, and his campus colleagues apparently pander.

9. A Clockwork Orange by Anthony Burgess
If ever there was An English Psycho then this is it – to my mind one of the most original novels ever written. Young Alex and his droogs (friends) go in for random and terrifying drug-fuelled rape, theft and murder to the soundtrack of Beethoven – “lovely lovely Ludwig Van”.  So disturbingly gleeful, too.

10. Hamlet by William Shakespeare
Not strictly a novel, I realise, but along with Quixote, the prince of Denmark is the other great figure whose ghost beckons all subsequent protagonists over the dreadful cliff. Is he but mad north-north-west? And when the wind is southerly does he know a hawk from a handsaw? We must forever be deciding. But how many other protagonists leap into open graves to grab their ex-jester’s skull and reminisce about the kisses they once shared?