How to write a novel in 40 words 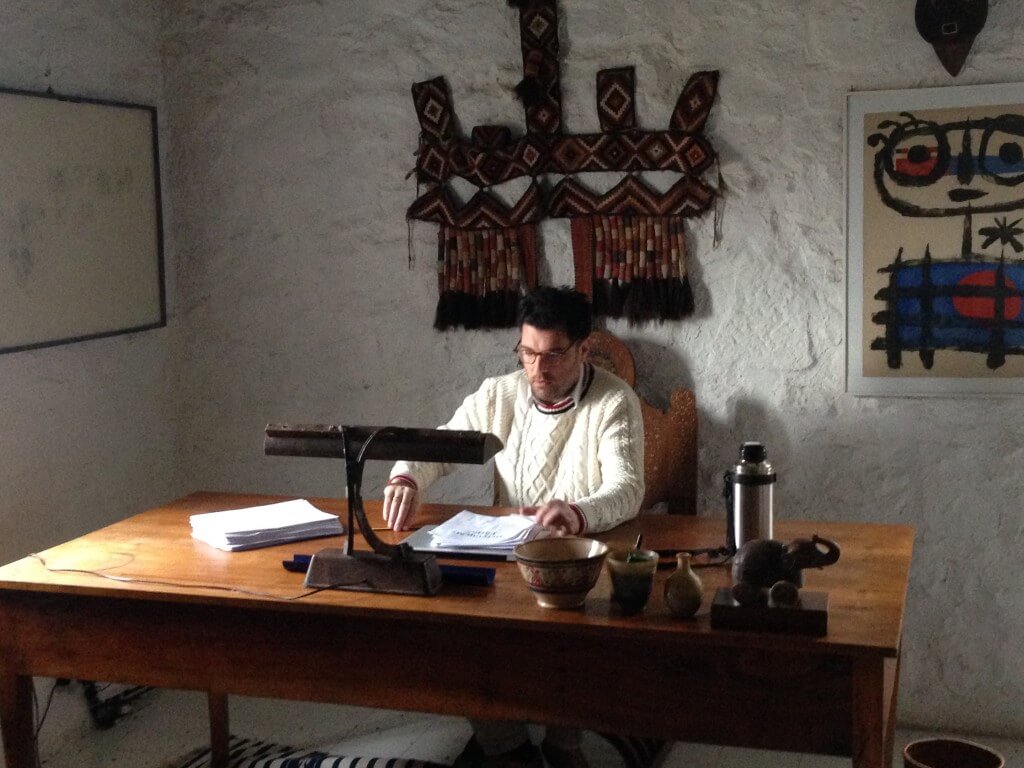 In 2012, Picador celebrated its 40th birthday with the publication of The Picador Book of Forty, a collection of essays and stories by Picador authors on the theme of the number forty. In this essay, Edward Docx, author of Self Help and The Devil’s Garden, sums up his favourite novels in a mere forty words.

Beautiful people were everywhere visible in the lighted windows of the great house beyond – dancing, drinking, damned.

“Gee, I bet you’re not really from Oxford,” Nick drawled.

“Am so,” said Gatsby, affecting a grandeur that did not quite ring true.

Ladies and gentlemen of the jury, had I been a painter, you would have seen a dolorous nymph asleep in her flame-flowered arbour, wearing a single sock, while callipygian cherubim climbed columns of onyx and birds of paradise gently wept.

3. The Unbearable Lightness of Being, Milan Kundera

After the talk with the man from the ministry, Tomas fell into a deep depression. Unsure about Beethoven, Dionysius or kitsch, he visited Sabina. She put on a bowler hat and then stripped to her underwear. This cheered him up.

“I married because I was intellectually infatuated,” asserted Dorothea Brooke, somewhat stubbornly.

“I married because I was physically infatuated,” replied Dr Lydgate, somewhat regretfully.

After heavy deliberation, Raskolnikov, a much conflicted student, stole into an old lady’s apartment and there murdered her with an axe. Though undetected, he was rather shaken and fell into a fever during which he sought the company of policemen.

“Cathy, I know that my eyebrows meet but you must marry me instead of Edgar,” Heathcliff cried out, like a beast wrenched in agony from its life-long mate.

“Let me alone,” Cathy sighed with a petulance she would later regret.

7. For Whom the Bell Tolls, Ernest Hemingway

Painfully, he waited in the room without anything decisive happening. His father was unhappy. His mother was hysterical. His sister was adamant he must be got rid of. There was nothing to be done. He sank his head and died.

“Let me tell you how I went up the Congo looking for a man named Kurtz,” said Marlow.

“Why?” asked everyone else.

The solemn sky grew darker until the light was extinguished and only the sound of the river remained.

“Your expectations will be answered,” she said, her colour heightening despite the most resolute composure of countenance. “But I implore patience. Though the truth may indeed be universally acknowledged in advance, we are nonetheless required to arrive there by increment.”

Tom awoke in a strange bed beside a young lady of his most recent acquaintance . . . But here, dear reader, we must break away to the bosom of Sophia Western where, at this very moment, calamity pressed hard its exertions.

Anna shared a train carriage to Moscow with Vronsky. It was intense. The same again on the overnight home. It was even more intense. And now – uh oh – she finds her husband repulsive because his ears press against his hat.

READ MORE OVER AT PICADOR

PrevPreviousPulphead: Dispatches from the Other Side of America by John Jeremiah Sullivan – review
NextThe curious case of the Sherlock pilgrimsNext
Go to Top