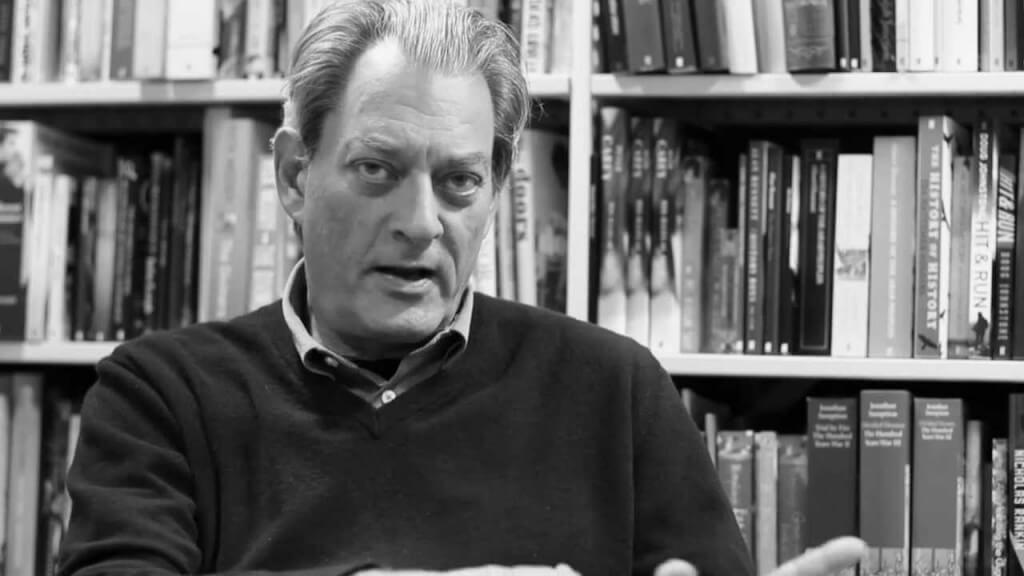 Paul Auster is a writer with many skills: a disarming directness of style, a subtle ability to render subtle psychology, a connoisseur’s feel for the novel form – its limits and its play – and much besides. Invisible is the story of Adam Walker who, while a student at Columbia University in 1967, meets a visiting Swiss professor, Rudolf Born. Born offers him money to found and run a literary magazine. Walker then sleeps with Margot, Born’s girlfriend, for “five straight nights” while Born is away.

On Born’s return, they are held up at gunpoint; Born pulls a knife and Walker is horrified to see him use it. Walker runs off to fetch an ambulance, but Born and the would-be mugger are gone. Walker later discovers that said mugger died of multiple stab wounds “gouged into his chest and stomach”. Freaked out, Walker moves in with his sister and starts sleeping with her. Freaked out even more, Walker moves to Paris where he sleeps with Margot again and decides to exact revenge on Born (who escaped New York for Paris) by revealing to Born’s new woman, Hélène, the truth about the man she is set to marry – which plan he will execute through winning the friendship and confidence of her frumpy daughter, Cécile.
The story is told as three parts – a manuscript that has been written by the dying Walker in 2007 and then sent bit by bit to Walker’s old college friend, Jim Freeman, himself an author. Freeman thus narrates passages relating to the modern-day Walker. At the end, Cécile takes over the narrative to describe her trip to visit a fat and elderly Born on the island of Quillia in the Caribbean.

The problem is that not enough of this contortive plot is realised as vivid or vital writing on the page; the novel feels gestural, assembled, a simulacra with neither the power that such subject matter should pack nor the prose-master persuasiveness that another structurally playful author – Nabokov, say – might deploy.

The writing has an anonymous neutrality: at one point Born, “flashed another one of his enigmatic smiles”; at another, Freeman doesn’t want to “entrust [his] letter to the vagaries of the US Postal Service”. All three narrators are obsessed with cultural citation. When Walker goes to see Carl Dreyer’s film Ordet, it reminds him “of a piece of music, as if the film were a visual translation of a two-part invention by Bach”.

The novel is forever pirouetting around such cultural totems, and characters are elucidated by the listing of which authors, composers, painters they like. The result is that there is something irredeemably campus about the reading experience – like listening to a postgraduate trying to impress female first years. I realise Auster’s fans will be screaming that I have missed the point. Walker is a student – and he’s the narrator, not Auster! Walker is precocious! And he’s dying and not a very good writer! Come on, Docx, doesn’t Freeman (a cipher for Auster) consider the writing of Walker (another cipher) and remark that he had “noticed a slow but ineluctable dwindling of strength, a loss of attention to detail”?
Well, yes, he does. But against this, all of Auster’s narrators share the above traits. Additionally, what exactly is a good author doing hiding behind a bad and diminishing narrator for the greater part of an entire book? Besides which, in the end, this meta-fictive point (if that is what we are dealing with here) about the unreliability of narrators, fiction, identity is a rather tedious one these days – and, in any case, long ago and better made by other writers: Joyce, Borges, Wilkie bloody Collins…

It won’t do. Auster’s various post-modernisms seem so many strategies for evasion. That’s how the whole book feels: evasive. And that’s what, I think, lies at the root of all the games – the cultural totems, the narrator sleights, the don’t-look-at-me-guv’nor prose style: they are all a way of avoiding the nightmarishly difficult task of actually writing about character, rendering a scene vividly, describing incest. I cannot help but compare Invisible with Philip Roth’s Sabbath’s Theater (Roth was also 62 when he wrote it) or Coetzee’s Disgrace (Coetzee was 59) and feel the lack of all that is powerful, incandescent, disturbing, mighty and Shakespearean in their works, both of which deal in the real stuff of very human agony – death and disturbing sexuality. Instead, reading Auster feels like watching one of those actors who wants you to admire their performance rather than forget that it is a performance at all.

PrevPreviousIf I Ruled The World
NextSanta MaddalenaNext
Go to Top