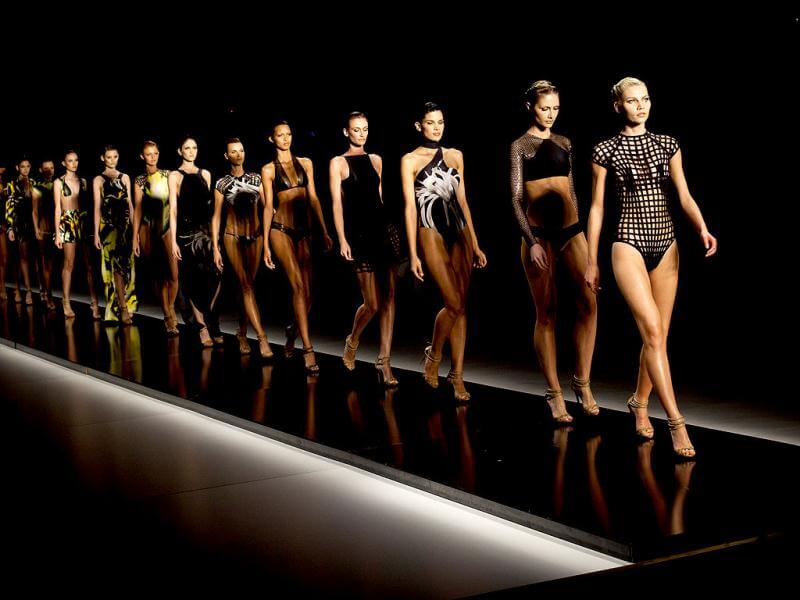 Day four. London Fashion Week. I’m heading backstage half an hour before yet another show. I pass a neo-Ottoman grouse-beater, a man with rabbit ears, a slouch of camp rockabilly-punks, DH Lawrence and a six-foot female Day-Glo clown-witch. I’m a grizzled veteran of the scene by now, but even so, I double back. Someone has to have the definitive answer. Maybe it’s her.

“Can you tell me what this is all about?” I ask.

“It’s about…” She considers. “It’s about dramatic but joyful.”

One of the best answers so far. Her name is Sadie Clayton. She is a fashion student. She seems confident. And at least it’s an answer that she embodies. She’s a witch-clown, I realise, not the other way round. I reassess my life—so much to learn—and I look to her friend. “Anything else?” I ask.

“Got it. Thanks.” I nod. “Dramatic but joyful. Neoprene.”

I’m getting closer, I think. I press on.

Security here is intense. I need separate passes to breathe, walk, speak, see and micturate. Indeed, faced with the demeanour of the various press officers, most non-fashion writers would assume that they had inadvertently stumbled upon some kind of top-secret peace summit between Israel and Palestine that was being personally brokered by President Obama and Angelina Jolie in the nude.

“I’m with the hair team,” I say, when I reach the VVVIP security door. This is also code.