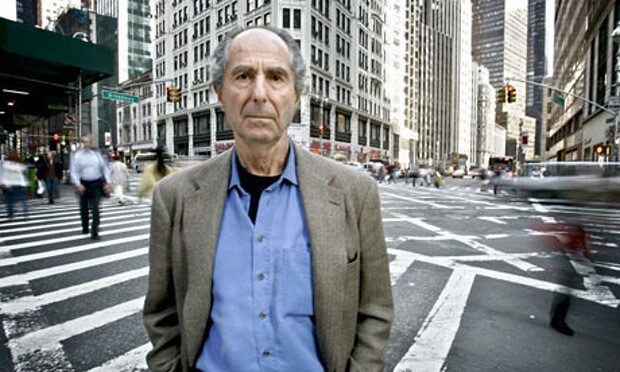 Before we get into this I should probably say that it’s my belief that Philip Roth, now 77, can write whatever the hell he likes. After more than 50 years working at the highest level, after having produced at least three enduring masterworks of prose fiction, after having vigorously, unflinchingly, brilliantly and beautifully wrestled with the notions of nationhood, religion, love, death, belief, despair, destiny and the fundamental nature of human experience, I consider that he is entitled, if he so wishes, to bind and release his fridge magnets one letter at a time.

I realise not everyone shares my view. But a mere two novels into my own career I find I cannot but have a deep respect for the sustained calibre of his work, and I am prone to suspect anyone who doesn’t get Roth of being callow, parochial, prim or thick. I keep Sabbath’s Theater (1995) by my desk along with Coetzee and Hollinghurst to remind myself what the modern novel is capable of, and it’s the book I most often give as a gift – especially if the person in question claims they liked, say, On Chesil Beach. And, well… if this approach doesn’t work for you then you should stop here. Maybe try Closer magazine.
So then: Nemesis is Roth’s 32nd book. (And even the worst is still quite good.) It is set in Newark during the sweltering summer of 1944 and it tells the story of Bucky Cantor, a playground director “who, because of poor vision… was one of the few men around who wasn’t fighting in the war”. Instead, Cantor’s war is with a gruesome outbreak of polio. The narrator is one Arnie Mesnikoff, himself a child at the playground and also a victim of the disease; it is Mesnikoff who runs into “Mr Cantor” years later in 1971 and learns how things turned out.

The setting will be familiar to Roth readers but not the subject. And the first thing to say is that Roth does an utterly convincing job of evoking the terror that polio creates over the frightened and bewildered Newark community. (The vaccine was only licensed in 1962.) The powerlessness of parents, the desperate lack of information, the speed and severity of the disease are all conveyed with affecting veracity as – seemingly at random – polio sentences child after child to crippling or to death.

One of the things that makes a writer great rather than merely good is their ability to get the fully realised account of an individual to stand for something wider and deeper – a community, a nation, even (at rare best) humanity itself. Needless to say, this is much harder to achieve when the focus is inward-looking or concerned with a very particular and priapic desire – though Roth has, of course, managed even this feat before. In the context of his late work, Nemesis – if it’s not too sinister to say so – is a breath of fresh air, because polio provides Roth with a new, outward-looking and substantial subject around which his writing can thrive; and, perhaps for this reason, the book contains many of the things that I find most exhilarating in his work.

There’s that powerful and ever-incandescent existential outrage: “How,” thinks Cantor at the funeral of one of the boys from the playground, “how could there be forgiveness – let alone hallelujahs – in the face of such lunatic cruelty?”

Then there’s the sheer delight of his style – that sustained, lucid, precise and subtly cadenced prose that can keep you inside the dynamic (and often contradictory) thoughts of one of his characters without a paragraph break for as many pages as he wants. This enterprise is unique to the novel, I always think, and it’s what novels do best and the best novelists do best of all. Any half-arsed screenwriter can produce a so-called scene, but what happens is – surely? – less interesting than why it happens. Indeed, another useful way to recognise a great writer is that they make a nonsense of the show-don’t-tell rule so beloved of mediocrity; if you’re good enough, you can tell all day long.

It just so happens that Roth also is one of the best scene-writers around – and there is certainly nobody in world literature who can write a better argument. In Nemesis, the confrontation between Cantor and his fiancee, Marcia, in the hospital is vintage and riveting. So is the mutual warmth of the peach-eating scene between Cantor and Marcia’s father. And so, too, is the agony of the meeting between Cantor and Mr Michaels, who, when talking of how his son was taken from him for fear of contagion, says simply: “[Alan] died all alone… All we have of him is a closet with his clothes and his schoolbooks and his sports things…”

There’s also Roth’s descriptive facility. I have no idea how many women he must have rendered on the page in the past 50 years but it must be close to 100, and yet his portrait of Marcia is as fresh and inventive as that of a first-timer. And here he is, later on, depicting Cantor’s terror when he is afraid to let Marcia near him because he thinks he himself has become infected: “When, in his agitation, [Cantor] removed his glasses to rub nervously at his eyes, the birch trees encircling them looked in the moonlight like a myriad of deformed silhouettes – their lovers’ island haunted suddenly with the ghost of polio victims.”

Besides these formal pleasures, Nemesis offers readers the additional nourishment of intelligent fiction in its main themes. Explicitly, the book asks us to weigh ideas of fate: “Any biography is chance, and, beginning at conception, chance – the tyranny of contingency – is everything.” This question is as old as Sophocles, of course, but I think less involving (because less Roth-specific) than the real business of the book. For, at the deepest level, Nemesis is not really about Cantor’s war with polio but his war with himself: the war between a man’s idea of duty and decency and the shirking of this for the facilitation of his more immediate happiness.

When Cantor abandons his post at the polio-riddled playground for the mountain summer camp where Marcia is working, his conscience is therefore savagely infected by the idea that he (in belittling comparison to his friends busy fighting Nazis in Europe) has not done the honourable thing. In the end, things get so bad physically and spiritually for Cantor that “the only way to save a remnant of his honour was in denying himself everything he had ever wanted for himself.” This is the true emotional core of the novel. And this is the subject, above all others, that most galvanises Roth’s genius: a man divided against himself.

How to sum up? If you’ve not read any Roth at all, put down this paper and buy some immediately, but start with, say, The Human Stain rather than this. If you do read Roth from time to time – sometimes loving it, sometimes not – then this novel is one of the ones that I think you’ll like.