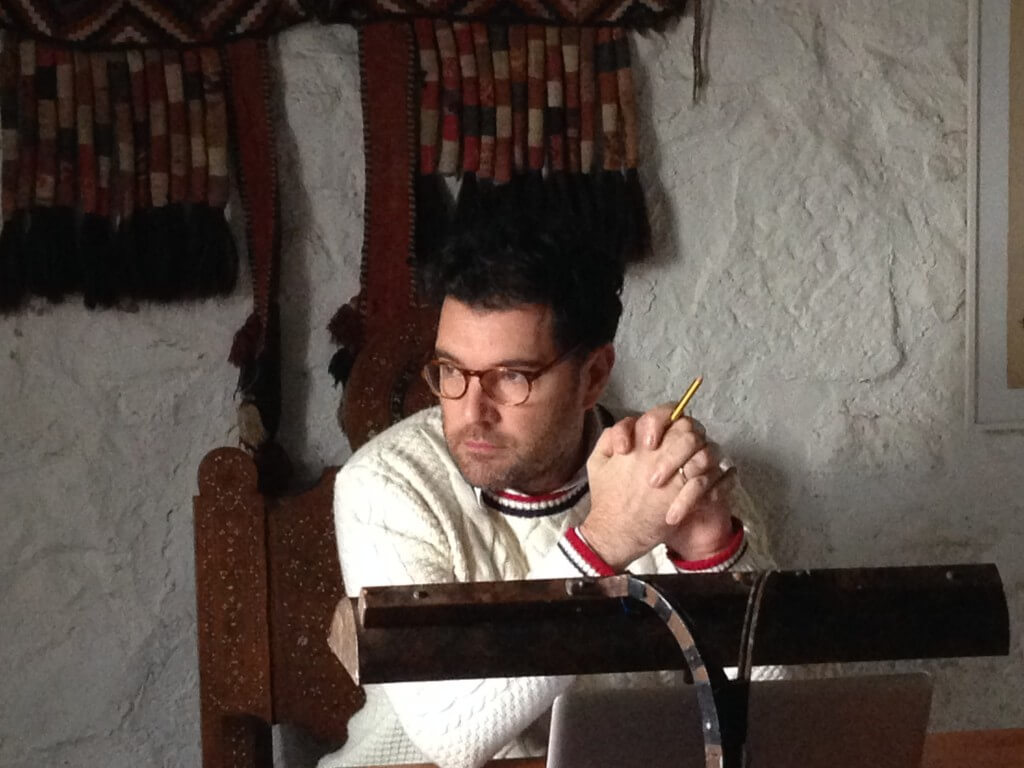 For The Guardian: Full article here.

When Edward Docx was 13 years old, his grandmother lay on her deathbed at the family home in Greater Manchester and made a startling revelation to his mother, Lila – they weren’t related by blood.

Docx’s mum was dumbfounded but, as if that were not enough, there was another bombshell – Lila’s grandfather was in fact her biological father.

The woman Docx knew as his grandmother, Manwar, nicknamed “Mano”, explained to Lila that her real mother – now dead – had been a Russian chorus dancer with whom Lila’s real father, Ralph Partridge Snr, had had a short relationship.

Ralph Snr gave the child born from the brief affair to his grownup son by his first marriage, Ralph Jnr, who was already married to Mano. They brought up Lila as their own.

These sesimic revelations took place behind closed doors, and Docx only gradually found out the truth. So, why does he think Lila’s biological father decided to give her away?

“Her real father lied because he had an affair and Lila was the child of that affair – simple as that. But he also took responsibility in a way by making sure that my mother was brought up well and went to university – my mother had a really good education as a biochemist, which was paid for by her real father. That created loads of weird cross-currents and semi-dysfunctional relationships.

“But lots of things remain unclear, and me and my brothers and sisters talk about it all the time to this day. I would have loved to have talked to her [Manwar] about all this.”

The woman Docx thought of as his grandmother had her own complex story, one that began in India and ended in England.

“She was born in Hyderabad, the 13th child of a Brahmin family. She left her family for Ralph Jnr without their blessing and, when she married him, she was cut off by her family.”

He pauses. “So that was who I thought was my grandmother …”

The gulf between who we think we are and who we turn out to be was at the heart of Docx’s novel Self-Help, which was longlisted for the Man Booker prize, and is a subject in his powerful new book, Let Go My Hand.

“My mum thought she was half-Indian and that was my inheritance until I was 13. It raises a very interesting question about nature versus nurture. Whatever the truth of my DNA, I had a major cultural reversal. Presumably, my DNA is a quarter Russian. But I didn’t think that at all. I thought I was a quarter Indian and loved being a quarter Indian and dreamed of going to India when I was growing up and finding my grandma’s house and even going to see her relatives and saying: ‘I know you fell out, but here I am.’ I got to the age of 13 thinking all these things …”
How did the family deal with having their identity so suddenly rocked to the core? “Looking back, my mum handled it with an exuberance – she started dressing in long Russian dresses and bought all these Russian icons and put them all over the house, she bought maps of the Soviet Union, and we had to listen to endless romantic Russian composers.”

She also searched for traces of her real mother, scouring libraries for any references or photographs of her.

“She embraced her Russian heritage, and I sort of embraced it because my mum did. I started to go to Russia to learn more. I read all of the Russians – Tolstoy, Dostoevsky, Turgenev, Bulgakov – long before I could really understand them. I realise now I did that in boyish support of my mum.”

The oldest of seven children, Docx grew up in an “eccentric, bohemian” family who lived in a ramshackle house, “slightly on the edge but never quite – no carpets, no curtains, ragged furniture, prehistoric plumbing, everything threadbare and ancient and cobwebbed and broken-down. You don’t realise as a kid what’s going on, but later in life you look back and realise: ‘Wow, that was quite odd.’”
Now a father of four, Docx has long challenged concepts of what constitutes a “normal family”. Initially, the discovery of long-buried secret identities in his family made him question everything about himself, but now he is at peace with it.

“A lot of people feel trapped in an identity. When I thought my mum was part-Indian and she was actually part-Russian, it made me feel less hidebound or delineated. A surprising number of writers sit obliquely to the cultures that they write about.”

Was it liberating? “Totally – now I never feel trapped by identity.”

Lila has also found peace, he says. “My mother has stopped her questing and settled into a happy retirement with my father. They drive around Europe all year attending the concerts of their friends and visiting vineyards and places of historical interest. They are seldom home now.”

Docx has been aware of the power of stories from an early age – both those that we are told and those that we tell ourselves. Manwar was a great storyteller, he says.

“I used to sit with her when I was little and listen to stories of India – amazing stories of running away from tigers and being bitten by a snake and her childhood in the 20s and 30s – incredibly rich and exciting stories. I would listen to her for hours. I don’t even know if she made them up; I have no idea.”

PrevPreviousReview of The Nix by Nathan Hill
NextQ and A for the FT – What Does it Mean to be a Writer?Next
Go to Top