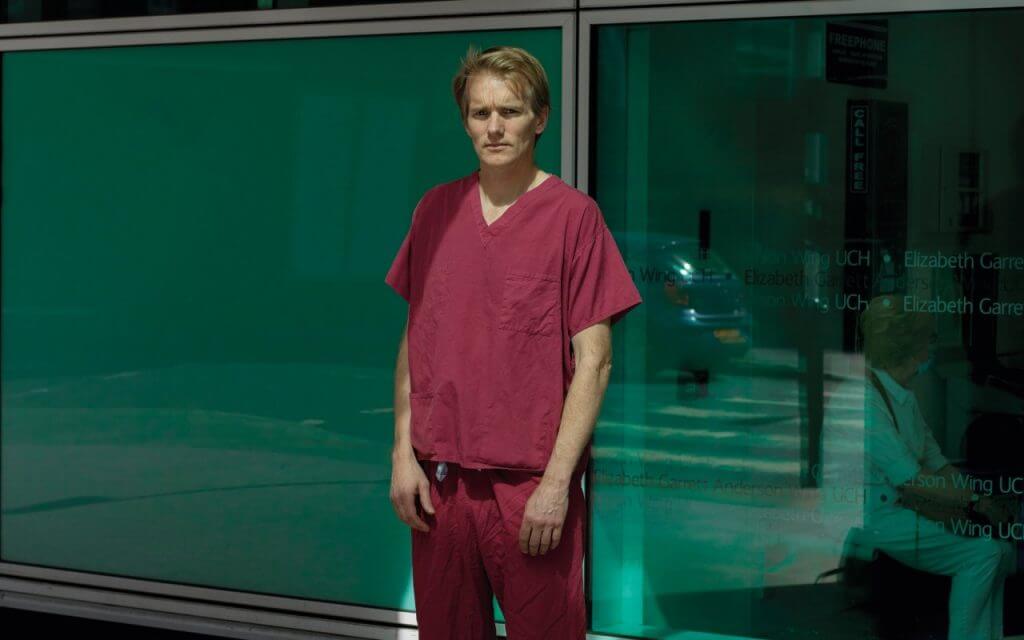 Written For The New Statesman May 2020

For a moment, the world is as it used to be – unconfined, uncurtailed, alive with human teeming: coronavirus-free. The early light of a mid-April morning is already at the window. Sun-shot images flit through his mind: he’s playing somewhere in a rock pool by the sea with his two children; his wife is laughing. Then the half dreams fade and, already, he can sense anxiety seeping through some defensive wall in the back of his mind, pooling and mingling with the rising self-doubt. This is the peak, they say: today, tomorrow, soon.

Normally – the word seems to have to stretch itself further and further back in time – normally, Jim Down would kiss his wife and get up and head into work. But today he’s on the night shift at the hospital so he has to stay in bed, stop his mind racing, try to sleep. He needs to rest. The shifts have gone up from nine hours to 12. And they are relentless. How many days has he been doing this? He’s lost count. The world of medicine – his world, our world, the only world – has never been like this. There is no relevant history, no textbooks and no studies. Nothing is peer-reviewed or follow-the-procedure. The virus is obscure, monolithic, alien. They are fighting blind. Hand to hand. Bed to bed. He tries to sleep. But there’s a voice from his dreams that persists in his waking: Jo’s voice. “Are you sure,” Jo asks? “Will it be OK? Are you sure?” But he’s not sure. And so what is he going to say to Jo?

Jim Down is 49. He is slim, fit, fair and 6ft 1in with dark blue inkwell eyes in which other people write their stories while he listens – patiently. He has disconcertingly boyish looks and an old-school English demeanour – that odd mixture of determination and diffidence, confidence and anxiety, can-do courage and better-safe-than-sorry. He looks like the kind of man that Roger Bannister might have asked to set pace for him when he ran the sub-four-minute mile: two metronomically dependable laps without detectable fuss or falter before quietly standing aside to clap the other man home.

He’s also the doctor that you might have seen on the BBC evening news a few times. The first time in 2006 when he came out to announce the death of Alexander Litvinenko after the defector’s polonium poisoning by Russian spies. The second time on the main segment of the evening news on 6 April when Fergus Walsh, the BBC’s health correspondent – suited-up in plastic, visor and gloves – was briefly allowed to enter the Covid-19 wards of University College Hospital (UCH) in London. Jim’s voice is muffled behind the mask and visor but the whole country heard it cracking when he spoke: “I think it’s very hard on the families,” he said, “my kids are at home, my wife is home schooling. It’s easy for me, I’ve got a job and I am busy all day. They don’t really know what it’s like here – whether we are bringing home the virus – and they’ve been amazing. They just let me do what I need to do and I’m just incredibly grateful to them.”

Boyish looks and an old-school English demeanour: Jim Down, 49, is one of the consultants in charge of critical care at London’s University College Hospital. Credit: Kalpesh Lathigra

Jim’s wife is the actress, Patricia Potter. Coincidentally, she played a doctor, Diane Lloyd, in the BBC series Holby City. They were married in 2007. And the twins were born in 2009 – a boy and a girl.

Jim’s father was a doctor. His father’s father was a doctor. His mother’s father was a doctor. His own training began 33 years ago when he was 16 and he chose the A-levels that would lead to his studying medicine. Then five years at Bristol University medical school. Then a year as a house doctor, intern junior; qualified but unregistered. Then a couple of years in Exeter training as an anaesthetist. Until, finally, he came to London to start his real apprenticeship: seven truly intense years of dual training in anaesthetics and intensive care. He chose the former because it is a highly sensitive minute-by-minute discipline and then took the unusual step of adding intensive care because it seemed to him to be the extreme end of all disease processes. Now, he is one of the consultants in charge of critical care – the Intensive Care Unit (ICU) – at the pre-eminent University College Hospital in central London.

Tonight, that will mean he will lead as many as 75 hospital staff through the toughest night of their professional lives. He’s not sure of the number of patients yet but the count is rising. The expectation is somewhere between 60 and 80 – depending on admissions, on deaths. He strongly resists the idea that his whole life has been in preparation for this moment. Instead, he insists he is just a doctor doing his job surrounded by some truly exceptional colleagues. Everything is collaborative. He’s not a leader, let alone a hero. He dislikes even the word. He would much rather talk about the people he has been working alongside – how he’s witnessed them rising to the challenges and working in conditions unlike anything they have previously known. He lists fellow doctors and nurses and porters and physios and pharmacists and ward clerks until he is forced to move on. He doesn’t want to be formally interviewed, he says, and he doesn’t want to be quoted. All he wants is to let the general public know what that night in April – the peak – was really like for the health workers who dealt with it. Medically, psychologically, from the inside. Because little has changed, he says, and right now they are preparing for a second surge this winter.

The truth is that Jim Down is one of the doctors with the most hands-on experience of Covid-19 in the country. He won’t allow superlatives. But if you fell ill with the disease and you could ask for anyone, then you could do no better than ask for Jim.

Today, though, too-early awake, all he wants to do is get up and help home school his children, play with them, make their breakfast, talk. The weather has been unseasonably warm and it’s going to be another beautiful day. Good Friday. He wishes he was religious. But he knows only too well that it takes more than three days to bring people back from the dead. And that nobody rises alone. Each of the patients he sees in the ICU will have two dozen of the very best healthcare professionals looking after them at one time or another – all day and all night. A constant vigil. Every minute. Often for weeks.

The peak is coming. He shuts his eyes and tries to slip the knots of consciousness. In his half-sleep, he hears the sound of coughing and the wheeze of the machines. The peak, the trough, the test.