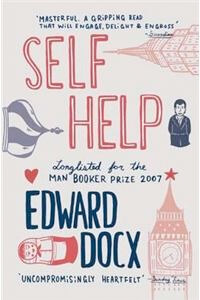 Thirty-two-year-old Gabriel Glover arrives in St. Petersburg to find his mother dead in her apartment. Reeling from grief, Gabriel and his twin sister, Isabella, arrange the funeral without contacting their father, Nicholas, a brilliant and manipulative libertine. Unknown to the twins, their mother had long ago abandoned a son, Arkady, a pitiless Russian predator now determined to claim his birthright. Aided by an ex-seminarian whose heroin addiction is destroying him, Arkady sets out to find the siblings … But at the centre of all their lives is a dark and long-hidden secret, which one by one they must now uncover and confront.

Winner of the Geoffrey Faber Memorial Prize and long-listed for the Man Booker Prize, Pravda is a darkly funny, compulsively readable, and hauntingly beautiful chronicle of discovery and loss, love and loyalty, and the destructive legacy of deceit.

“From the beginning – with its fearless invocation of Russians speaking to Gabriel’s soul – Docx’s novel is uncompromisingly heartfelt. The seriousness and the willingness to plumb the depths of self-analysis represented by this novel, as well as its masterly evocation of a broken-backed St Petersburg, all deserve admiration.”
The Sunday Times

“This telescopic tale, sweeping from London to St. Petersburg, has elements of the thriller – the discovery of a dead body in the first chapter; a threatening drug dealer; a disaffected long-lost son with a claim on the family fortune – but it’s primarily a novel of ideas.”
The New Yorker

“Docx’s narrative is utterly compelling … this is partly due to his keen sensibility for the complexities of love, sex and art and partly to his sardonic eye for bourgeois life … a smartly written novel.”
The Times

“Docx works hard to bring freshness and invention to his prose, but his efforts are most successful in describing places rather than people.”
The New York Times

“Edward Docx may well be remembered for creating the Anglo-Russian Family novel … he does not just provide a realistic description of the St Petersburg, but allows the reader to experience it with all its beauty and cruelty, similar to the style of Dostovesky”
The Financial Times

“Docx nails character with economy and originality.”
The Washington Post

“Docx has some wonderful setpieces – a virtuoso phrasemaker”
The Independent

“Edward Docx’s second novel is like a bowl of the Russian Soup, botvinya, chilly pungent, and ambitiously served up in three long parts … a gratifying nosh up”
The Times

“Docx writes densely and intelligently about complex relationships among complicated people. As in his previous book the final twist is a stunner, both totally unexpected and carefully prepared for.”
Kirkusreviews

“It is funny and involving and the characters are often priceless … it demands your full attention.”
Metro London

“Docx is a pull-out-all-the-stops author … the prose is chewy, vivid, musical and funny.”
The Seattle Times

“The narrative is spacious, the characters drawn with old fashioned precision and, as the story zigzags between the fogs of London and St Petersburg, Docx could have been paying homage to two writers who sandwich him in the alphabet: Dickens and Dostovesky.”
The Mail on Sunday

“This is essentially an old fashioned novel of ideas … beautifully balanced … unforgettable … an absorbing indictment of the family.”
Independent on Sunday

“Pravda is a book on fire. Ignited by a family secret, Edward Docx’s novel of lies, betrayals, revelations and repercussions is written with a mastery and passion that summon up Dickens and Dostoevsky, peppered with a hip, wild 21st-century perspective…a novel so vivid it glows in the dark—like truth.”
The Washington Post

“Docx can place you in each hot-stopping moment, speed up and slow down time form one sentence to the next. He also knows how to build tension and when to release it – moving assuredly through past and present, secrets and confessions.”
The Guardian

“Docx’s story has a pleasing vitality, and the strands of it set in St Petersburg are particularly compelling…. a solid novel.”
The Daily Telegraph

“This novel moves in large dark swirls of suspicion, secrets, and lies. An international cast of characters – English, French, Russian – track each other down in an attempt to locate the truth. Closely guarded secrets and familial revelations tumbling one upon another recall those 19th-century creators of 800-page leviathans, Dostoyevsky and Dickens”
The Boston Globe

“Docx switches between settings and time-frames with the serene, godlike power of a Victorian novelist. London, New York and Paris are all set before the reader with cinematic vividness – but it is St Petersburg that is the beating heart of the book, with its crumbling apartment blocks, Winter Palace, drug addicts, musicians and mafiya.”
The Independent

“A saga of secrets and lies in a single family across the generations — set in London, New York, Paris, and Saint Petersburg. Pravda is a haunting chronicle of suspicion and loss, love and loyalty, and the destructive legacy of deceit.”
Fantastic Fiction

“Docx’s second novel careers between London, Paris, New York and St Petersburg, unravelling the history of a family with a secretive past.”
The Observer

“A very moving, yet often hilarious tale … if you want a deep and inspiring read, it doesn’t get better than this.”
Psychologies

“Pravda is an urgently contemporary story that unfolds in intricately traditional form, a highly old-fashioned read that engages with a vastly complicated present – Docx has crafted something of considerable literary note”
The Star (US)

“[Docx has a] keen sense of character and [a] sardonic eye for bourgeois life.”
The Week

“Docx has a stunning talent for communicating the essence of a person, group, or place in a single brushstroke that’s incisive, sometimes strange, and always evocative.”
The Harvard Crimson

“Docx’s second novel sparkles with life…what a prose artist he is!”
The Tablet

“Docx has plumbed the depths of understanding and forgiveness with this fascinating book … the reader will be hooked long before the ending.”
The Tampa Bay Tribune

“Docx has writing talent and nous in abundance … at times painfully funny and with flashes of soul-searing insight this highly acclaimed novel leaves the reader feeling as emptied-out as the characters.”
The Book Magazine

“Pravda’s real strength lies in the vivid human drama it creates … Docx exhibits masterful control over his key characters, drawing them towards the powerful final sequences and a twist ending that few readers will predict.”
Pop Matters

“An ambitious cultured affair … passionate and sweeping.”
The List (Glasgow and Edinburgh)

“It’s hard to know whether to feel exhilarated or terrified by a novel that starts with a woman, gravely ill, phoning her son in the middle of the night to instruct him to ‘inhabit yourself fully . . . be fierce in the face of all the cowardice you see around you’.”
The Guardian

“As Wodehouse said of Shakespeare, Docx can certainly crack the ball through the covers when his eye is in.”
The Independent

“They love this one on the interweb.”
The Book Magazine

“Docx is a talented story teller … he delves into the internal world of his heroes and his perceptiveness and precision allow him to create some memorable images.”
The Financial Times

“Starting with the seed of a personal family story, Docx has constructed an epic tale that stretches from London to New York to Paris and to St. Petersburg, and involves two generations of a family whose secrets keep spilling out.”
The San Francisco Chronicle

“… a plot straight out of one of the 19th-century “three-decker” novels: a family assembling for a funeral; an illegitimate son in search of his birthright; a twin brother and sister, united in their hatred for their manipulative bully of a father; even a melodramatic twist at the end … there is much to enjoy in this compelling tale of secrets and lies. “
The Times

“Of all the [Man Booker Long Listed] covers, this is the one you see first.”
Design Week

Like the matyroshka doll on the cover, the protagonists represent several layers of reality … The interior monologues and deep-seated resentments are justified by two terrifying acts of violence”
The Independent on Sunday

“Twin siblings, a dead Russian mother, an estranged father, a long-lost brother, an expat heroin addict—with Pravda, Docx has taken these ingredients and concocted an impressive and moving narrative of failure and family.”
Pop Matters

“Docx’s writing can be engrossing – the heroin addiction of Akardy’s friend Henry, perhaps the only altruist in the cast, is movingly described”
The Daily Telegraph

“Docx has a gift for assessing “the exact shape and weight of other people’s inner selves, the architecture of their spirit,” and although the book teems with characters—the cast reaches nearly Dickensian proportions—even the most ancillary flare into being, vital and insistent.”
The New Yorker

“The story centres on the members of a Russian-English family who – beyond their rosy, windburnt cheeks – are nesting in shadowy secrets … Docx is at his best in the darker chapters, when he takes on a city scarred from its history, down to the dingy backstreets and squalid subculture.”
The Times

“Docx is an honest story teller.”
The Mail on Sunday

“Docx has a keenly observant eye and rich gift for description … the prose is so fluid and the characters so well-constructed, that it holds together tightly and moves at thriller-like speed”
Pop Matters

“Edward Docx’s novel is ambitious but exhausting … the writing is good but overbearingly so is the way that Martin Amis can be.”
Metro London

“Although meticulously crafted, ‘Pravda’ seems as spontaneous as a musical improvisation.”
The Washington Post

“[Readers] who want a gripping read that will sometimes make them feel quarrelsome but far more often engage, delight and engross them, Self Help, will do nicely.”
The Guardian

“Docx is a talented story teller … he delves into the internal world of his heroes and his perceptiveness and precision allow him to create some memorable images.”
The Financial Times

“A pleasure to read”
Literary Review

“Docx’s great portrait of St. Petersburg is sketched with wonderful dexterity … a tremendous skill for description … the strange toughness and complexity of Russian culture richly colours every page.”
Harvard Crimson

“Cheap thrillers often juggle many storylines and locales with ease and literary novels frequently create rich characters – here, Docx has managed to do it all. “
Pop Matters

“‘Docx would be well served to take a respite —take a load off, dude. Chillax.”
Portlandmercury