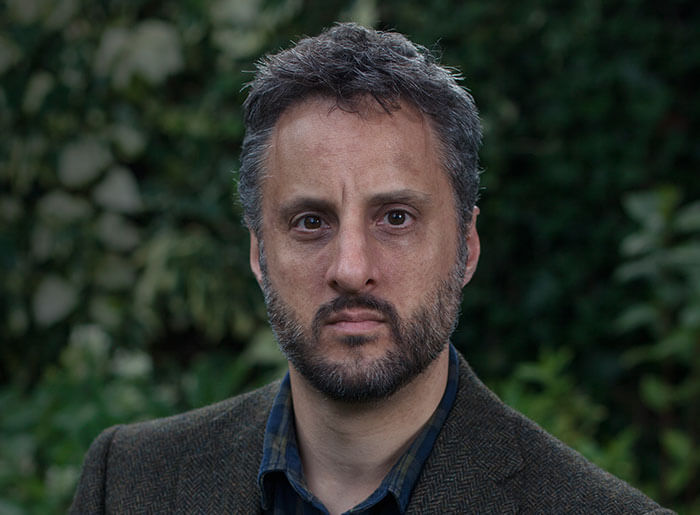 Written for The Guardian
Adam Foulds is the real deal. He has previously won the Costa poetry award for his reimagining of the Kenyan Mau Mau uprising, The Broken Word, and been Man Booker-shortlisted for his 2009 novel about John Clare, The Quickening Maze.

This is his fourth novel and it follows two protagonists: Henry Banks, a successful and solipsistic actor with an emptiness at the centre of his being that only the next big break can fill (but never does); and Kristin, a recently divorced American who is so obsessed with Henry that she writes letters to him twice a week and soon travels to London to begin the happy-ever-after life together that her stalker’s mind has convinced her awaits. Eventually they meet and … uh-oh.

Foulds opens Henry’s narrative with a simple sentence: “The hunger was beginning to hurt.” The actor is on a diet for what he hopes will be the lead role in the next movie of the great auteur, Miguel Garcia. But the ravenousness in this novel is as much metaphysical as physical. There’s deep psychology on every page – Henry is a textured portrait of a human being hollowed out by vanity and ambition, living in the dead eye at the centre of the celebrity vortex; but Foulds renders him vulnerable and lost and existentially panicked and therefore understandable. Meanwhile, Kristin’s mind is remote from reality in the opposite way; she lives enshrouded and dazed in the hex that celebrity projects.

But it’s the details of the writing itself – the precision of the word selection combined with the precision of the observation – that make for such enjoyable reading. Henry’s taxi pauses at traffic lights, for example, so that he might notice a man eating an apple by “delicately picking with his teeth at the remaining edible flesh by the core”. In his description of Henry’s lover, Virginia, a gangly fashion model “just this side of grotesque”, Foulds writes: “Her wrists were long and gave the impression of an unused excess of dexterity when she handled her glass and drinking straw.”

Adam Foulds … dramatic reach and range.Photograph: Eamonn McCabe/The Guardian
Tourists ask for a picture from Kristin when she’s outside Buckingham Palace: as she points the camera, “their smiles grew fiercer”. Add to this keenness of perception a poetical ear for euphony and cadence and you have the quiddity of Foulds’s gift. On a boat trip during a festival in Qatar, Henry thinks:

This was being a tourist in the modern world, enjoying the view while knowing the water was poisoned, the sea overfished and the sea level rising. Among educated people this might be a topic of conversation, too, at least for a while, a little geo-political mournfulness between forgetful pleasures.

Beautifully put – but what additional skill it takes to make the rhythm of the sentence lap like waves. My favourite sentence of all, though, is this one about the Thames: “In a half-sleep one afternoon, when his thoughts swelled and slurred into dreams, he saw a cormorant very clearly, hunting underwater through the olive gloom, its fixed eye and featherless throat and witchy feathers.”

Yet despite all these satisfying readerly pleasures, I couldn’t help but notice that the book felt out of date as a stalking novel. No Instagram, no Twitter, no Celebrity Face Search? A fan composing actual letters to agents? It doesn’t matter in terms of the skill of the writing, but Dream Sequence feels a little late 1990s.

I also began to think that the wider resonance of the novel somehow isn’t as powerful as the prose: I wanted the sum of so many fine parts to add up to something more by the end. Perhaps there are too many pauses to notice indiscriminate detail, not enough of throwing the characters at each other, not enough fully realised, dramatic scene writing. Perhaps the story and subject are too off-the-shelf. In any case, it sometimes seems as though the too-familiar plot – the actual story – is there to serve Foulds’s other writerly interests.

There’s a similarity here with Julian Barnes (whom I also admire); I remember thinking when he won the Man Booker for The Sense of an Endingthat his great skill as a writer is ill served by his patchiness as a dramatist and his gestural plots. Dream Sequence is a better novel than The Sense of an Ending but, still, I’d love for middle-period Foulds to find a great Dostoevskian story-subject with a polyphonic cast of rich characters who rip into one another and the world about them – something with the dramatic reach and range to do justice to his immense talent.

PrevPreviousObituary: Philip Roth was one of America’s greatest novelists – his real subject was not Jewishness, or New Jersey, but the human condition
NextRed Pill by Hari Kunzru review – a timely take on realityNext
Go to Top