Trio by William Boyd review – superbly wry and wise Set on a Brighton film set in 1968, this showbiz story is intricate and funny – but should William Boyd be taking more risks? 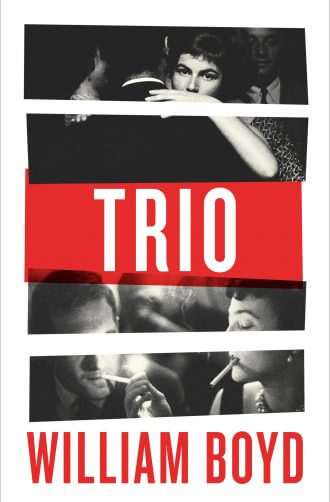 Trio is William Boyd’s 16th novel – and that’s before we get on to the dozen or so screenplays for film and television. How does someone produce so much work? I don’t know the man’s personal circumstances, but he must have angel armies who ring his desk and fend off what Flaubert – referring to everyday life – called “the tide of shit”. Boyd is nearly 70 and started publishing in the early 1980s; this book, then, must fall under that august moniker, “late work”.

The trio of Boyd’s title are Elfrida Wing, Talbot Kydd and Anny Viklund – a once-successful novelist who has writer’s block and a secret alcohol problem, a film producer who is covertly gay and a film star who is quietly on all kinds of pills while having a clandestine affair with her co-star. The year is 1968. The three stories are intertwined, the main ostensible narrative being the shooting in Brighton of a film produced by Kydd, starring Viklund and directed by Wing’s husband.

This is a book about the absurd business of film-making, the desperate business of writing a novel and the ludicrous business of acting – and it’s superbly wry and wise and funny and truthful on all three subjects. But, beneath that, it’s really a novel about the correspondences between the inner and the outer lives of human beings: a novel, in other words, about identity. Kydd, the most intricately drawn of the three protagonists, has a London flat that he surreptitiously keeps under a false name – the “key purpose” of which was “not so much that the set up allowed him to be by himself but to discover what self he was, in fact”. Almost all the major characters have two names; the only one who doesn’t is chased down a geographical and spiritual cul-de-sac, with bleak consequences.

Boyd is a highly accomplished writer and Trio is a masterclass in artistic technique. He introduces his characters impressively quickly and with deft ingenuity: a brief paragraph and they’re real, rich and visible to the reader. Boyd pays as much detailed attention to minor characters as Flaubert himself, and the book is thronged with them: the pop star turned actor Troy (real name Nigel), his mother Mrs Farthingly, private detective Ken Kincade, terrorist Cornell Weekes, film director Reggie/Rodrigo, a pamphleteer, a French philosopher …

The balance of plot movement and interiority is also perfectly calibrated – action and ideas, drama and sensibility, stuff happening and people thinking. The reader is neither bored nor taken for an idiot. Meanwhile, everything is laced with an understated but refreshingly sophisticated wit. This is delivered in part through the sensibility of Wing, who thinks that Kydd is “groomed to impenetrability”, and reflects grimly on the “remorseless, breezy tedium” of her brother’s life; and in part through the dialogue of Kydd who, when asked by the director why he has a split lip, deadpans that he “was punched in the face by a French Philosopher” – the extra layer of irony being that this is true.

There are many literary amusements to be found in these pages, too. Wing trying to write Virginia Woolf’s last day is delicious. When she gets going on the project, she feels “joy-brimmed, joy-flushed, joy-sprung – as if she were in a poem by Gerard Manley Hopkins”.

No wonder Boyd’s reputation is assured. And yet, I felt he could have taken more risks in this book. I wanted him to deploy his formal talents to scream something, howl something, to weigh in. What was missing was madness, rage, despair, something existentially incandescent – whatever Boyd’s version of that might be. If you’re lucky enough to have a late period, you might as well burn.

Instead, when Kydd finally finds the “audacity” to be himself, it takes the form of an apology and the hope (after a hand has been placed briefly on an arm) that Gary the scaffolder might yet reciprocate his desires: “It wasn’t a lot to go on but he would settle for that.” All in all, there’s something “groomed to impenetrability” about the book itself; something reserved, sequestered, non-combatant. But now I’m sounding as though I didn’t enjoy Trio, and I really did. It’s the most accomplished novel I have read in a long while.